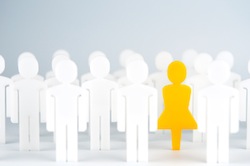 Title VII of the Civil Rights Act of 1964 makes it “an unlawful employment practice for an employer . . . to discriminate against any individual with respect to his compensation, terms, conditions, or privileges of employment, because of such individual’s . . . sex.” Sexual harassment is broadly defined as imposing an unwanted condition on a person’s employment because of that person’s gender. The sexual nature of the conduct is significant only as proof that the conduct occurred because of the complainant’s gender.

Actionable harassment occurs when an employee or applicant is subjected to unwelcome conduct that is motivated by the complainant’s membership in a protected class and that either (a) results in a tangible employment action, or (b) is sufficiently severe or pervasive to create a hostile work environment for a reasonable person in the complainant’s circumstances.

The Supreme Court has held that a hostile work environment is one “permeated with discriminatory intimidation, ridicule, and insult, that is sufficiently severe or pervasive to alter the conditions of the victim’s employment and create an abusive working environment.” To determine whether acts “alter” the conditions of employment, a court will likely consider (1) the frequency of the conduct; (2) the severity of the conduct; (3) whether the conduct is physically threatening or humiliating, or a mere offensive utterance; and (4) whether the conduct unreasonably interferes with the employee’s job performance.

Common types of sexual harassment include:

Sexual Advances. In cases where a male supervisor demands that a subordinate employee provide sexual favors to obtain or retain a tangible job benefit, the sexual nature of the conduct is plain, and courts usually have little trouble in concluding that the supervisor did not treat employees of the other sex in a similar fashion, and therefore in concluding that the conduct occurred “because of sex.” Direct sexual advances from persons with high authority in the company may be sufficiently severe to be actionable, even if the advances are not numerous.

Gender-Based Animosity. Although harassment must be because of gender, it need not be sexual in nature to be actionable. Title VII proscribes gender-based harassment even when it is not motivated by sexual desire. Thus, “courts should avoid disaggregating a hostile work environment claim, dividing conduct into instances of sexually oriented conduct and instances of unequal treatment, then discounting the latter category of conduct, thereby robbing instances of gender-based harassment of their cumulative effect.” Many nonsexual activities can satisfy the “conduct” element: epithets, slurs, or negative stereotyping; threatening, intimidating, or hostile acts; and written or graphic material that denigrates or shows hostility or aversion toward an individual or group because of gender. Thus, sexual harassment includes any unwelcome conduct inflicted due to the victim’s gender that creates a hostile work environment.

Same-Sex Harassment. A hostile environment sexual harassment claim may exist regardless of whether the harasser and victim were the same or opposite gender. The critical issue is whether members of one sex are exposed to disadvantageous terms or conditions of employment to which members of the other sex are not exposed.

The Supreme Court has suggested three non-exclusive evidentiary routes to proving that same-sex harassment occurred because of the victim’s gender: (1) the alleged harasser is gay or lesbian, and thus presumably motivated by sexual desire; (2) the victim is harassed in sufficiently sex-specific and derogatory terms as to make it clear that the alleged harasser is motivated by general hostility to the presence of his or her own sex in the workplace; or (3) comparative evidence about how the alleged harasser treated members of the opposite sex in the workplace. Although courts differ regarding the significance to be given to a plaintiff’s belief that he was harassed because of his sexual orientation (as opposed to his gender), the plaintiff’s sexual orientation is not a defense to claims of same-sex harassment.

The Equal Opportunity or Bi-Sexual Harasser. The logic of the requirement that the conduct occurred “because of sex” appears to permit the defendant to assert in defense that the harasser was “even-handed” or “bi-sexual.” Theoretically, then, an employer could defeat the “because of sex” element by showing that the harasser treated members of both genders equally as his or her sexual prey. In these cases, the sexual harassment might not be “because of sex,” the employer would argue, because men and women are accorded like treatment. That is not to say that a plaintiff can never maintain a sexual harassment claim in situations where the harasser abuses both males and females. A plaintiff may satisfy the “because of sex” element by proving that the offensive conduct was disproportionately directed at the plaintiff or members of his or her gender, or motivated by general hostility toward his or her gender.

Harassment Directed at Other Employees In the Protected Group. The law protects direct targets of sexual harassment. It is less clear, however, whether the law protects a person who is injured by gender-based conduct in the workplace that is directed as someone else or that is not directed at anyone in particular. (The phrase “third-party claims” is used on this web page to describe claims asserted by plaintiffs who are not themselves the direct targets of sexual harassment, but who either observe the harassment or are otherwise in a workplace where harassment (or a consensual relationship) is occurring.) Although sexual relationships are sometimes present in such cases, often the claims brought are not sexual harassment claims, but claims of other forms of sex discrimination. A frequent threshold issue in these third-party cases is whether the plaintiff has standing to sue under Title VII because the plaintiff himself or herself was not the employee who was harassed. This section addresses several kinds of third-party claims, although such claims are fairly rare and seldom successful.

Third-Party Sexual Harassment Claims Based On Coerced or Consensual Relationship Between Supervisor and Subordinate. A third-party plaintiff may not have been subjected to requests for sexual favors, but it may appear to the plaintiff that in his or her workplace granting sexual favors is the only way to progress. Such claims might be thought of as “implicit quid pro quo”; although the plaintiff is never directly told that sexual activity with supervisors is a prerequisite to advancement, the prevalence of such occurrences in the plaintiff’s workplace makes such submission an implied condition for advancement. The viability and nature of such a third-party claim will depend on several factors: whether the relationship between the supervisor and subordinate was consensual or coerced; whether the plaintiff can show that there were many relationships (consensual or coerced) or only an isolated instance in the workplace; and the genders of the plaintiff and the targets of the supervisor’s wanted or unwanted sexual advances.

We know how to win these types of claims.