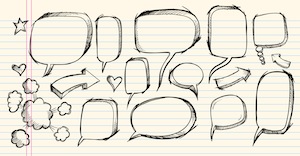 In broad terms, the First Amendment protects the right to be free from government abridgment of speech. Retaliation for the exercise of First Amendment rights is a blackletter constitutional violation. In fact, an act taken in retaliation for the exercise of a constitutionally protected right is actionable under § 1983 even if the act, when taken for a different reason, would have been proper.