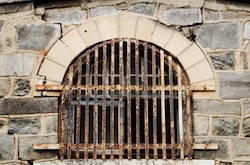 Under Georgia law, the tort of false imprisonment, sometimes called false arrest, happens when there is an arrest or “unlawful detention” of someone, for any length of time, where that person is deprived of his physical liberty. The existence of probable cause is not a complete defense in a false-imprisonment case because, even if probable cause to believe a crime has been committed exists, a warrantless arrest would still be illegal unless it was accomplished under one of the “exigent” circumstances set out by law. Exigent circumstances include situations where an offense is committed in the presence of the officer or within the officer's immediate knowledge, the offender is trying to escape, or if there is likely to be a failure of justice absent an immediate arrest. So, unlike claims for malicious arrest or malicious prosecution, the false-imprisonment claim is not defeated by probable cause, or even by a lack of malice.

The act of false imprisonment may arise out of words, acts, gestures, which create a reasonable apprehension that force will be used if a person does not do as told. It is enough if these elements of restraint impact the will of the person threatened, and result in a reasonable fear of personal difficulty or personal injuries. An example is where a store manager stations an off-duty police officer outside his office door while the plaintiff is inside being interrogated. In that situation, the plaintiff has a reasonable fear that she is not free to leave without experiencing personal difficulties.

Other situations where courts have recognized viable false imprisonment claims include:

Where the Georgia-law claim of false imprisonment exists, a federal-law claim for false arrest sometimes exists as well. The Fourth Amendment gives an individual the right to be free from “unreasonable searches and seizures.” An arrest is a seizure. To determine whether an arrest is reasonable, courts will examine if there is probable cause for the arrest. Probable cause exists when law enforcement officials have facts and circumstances within their knowledge sufficient to warrant a reasonable belief that the suspect had committed or was committing a crime. If an officer makes a mistake of fact, probable cause may still exist if the mistake is objectively reasonable and if it was objectively reasonable to rely on the mistake in calculating probable cause. An officer who arrests an individual without probable cause violates the Fourth Amendment. The existence of probable cause at the time of arrest, however, constitutes an absolute bar to a 42 U.S.C. § 1983 action for false arrest.