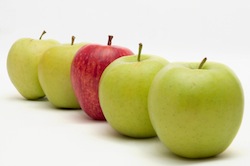 Because the equal protection clauses lend themselves to expansive interpretation, courts have defined and restricted these clauses through common law. Three questions are presented in an equal protection case:

If the plaintiffs are not members of a suspect class (e.g., a group of persons belonging to the same race), the “rational basis” standard of review must be applied to their claims. Under the rational basis test, a legislative classification must be “reasonable and not arbitrary, and rest upon some ground of difference having a fair and rational relationship to the legislation’s objective, so that all similarly situated persons are treated alike. That is generous test for the prospective government defendant. Were it otherwise, those under 16 years of age (for example) might claim to be discriminated against by an age requirement for obtaining a diver’s license.

We represent businesses and individuals who find themselves victims of selective enforcement. The unequal application of a seemingly harmless law can sometimes violate the Equal Protection Clause. To prove an equal-protection claim based on uneven enforcement of a law, the plaintiffs must show (1) that the government official is treating them differently from similarly situated persons, and (2) that the government is unequally applying the laws (e.g., statutes, regulations, ordinances) for the purpose of discriminating against the plaintiffs. Discriminatory intent can be found even where there is no direct proof that the decision-makers harbored an evil motive. Factors that can indicate discriminatory intent include: (1) the disparate impact of the official action; (2) the historical background of the decision; (3) the specific sequence of events leading up to the challenged decision including the decision-maker’s departure from its procedural norms; and (4) the legislative or administrative history.

Situations where claims for equal protection violations have been held viable include: